How did we get here?

5 THINGS TO REMEMBER WHEN YOU TALK YOURSELF OUT OF EXERCISE 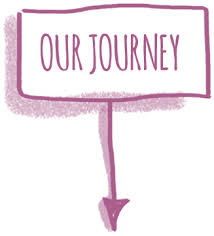 We often get asked the question: “How did you end up doing this?”……..So here’s our answer

In 2012, Robyn and I were both pregnant with our second child and unfortunately (or fortunately as we like to think now) we were made redundant. At 7 months pregnant, there wasn’t much chance of us getting another job and actually, we didn’t really want to either. We had always talked about our dream to set up our own fitness company and how it would look when we finally did it.

Honestly speaking, I don’t think we ever really thought it would happen. Neither of us were going to walk away from a well paid, what we thought was a secure job, to set up a brand new business – least of all pregnant and with a toddler each at home. However, pregnancy hormones kicked in, we both egged each other on and with the support of our partners we decided to go for it and set up our business.

I would not recommend setting up a business while heavily pregnant – however, at the time we had no option. We saw this redundancy as a window of opportunity where we were both off together (semi paid) for a year and would be able to spend all this time planning and setting up our business. I think we failed to consider we would also have a newborn and a toddler to think about, but hey ho, off we went anyway.

I remember in the very beginning being so excited about having our own business and working together doing what we love. I don’t remember at any point initially, feeling scared or worried about the future. I think our passion for what we were doing and our self belief cancelled out any creeping feelings of doubt.

We used our redundancy money, took out personal loans and off we went and signed for premises to open our first fitness studio. We spent months renovating the studio and fitting it out with all the latest high tech fitness equipment. Obviously, during this time we had our babies and so we would work late into the night when the babies were asleep. We would spend the days together between naps and feeds planning away and working on our business.

We finally opened the studio in May 2013 and after a fairly good start, it gradually started to go downhill. We just hadn’t anticipated the Summer months – clients go on holiday and so cancel their training plans, kids are off school and so people cant commit to training mid week. We just hadn’t thought these things through. We had been so carried away with renovating the premises, we had totally overestimated what we thought we would be bringing in.

In December 2013, we were in Dubai, delivering the first ever Pre & Post Natal course in the Middle East which was a major achievement for us. Robyn received a phonecall off her partner to say he had been made redundant. This was 3 weeks before Christmas, we were not bringing in a wage yet, we were haemorrhaging money in fact and then Mark had lost his job.

This was a massive blow, but also at the same time it was a wake up call that we needed. It forced our hand – we both knew deep down that we could not continue throwing good money after bad. We knew it wasn’t working and this forced us to admit it, not to ourselves but to each other.

We stayed up all that night planning and talking about what had happened over the past six months and decided that we weren’t going to give up the business – this was still our dream and we had invested too much and sacrificed too much for it not to work.

Instead, we decided to give up our premises and with it all of the financial investment we had made, all of the time spent there that could have been with our babies and all of our equipment – in total around £30,000. We made a decision that night, that we wouldn’t dwell on it, we would spend that night getting drunk and maybe a little cry about it but then that was it. Forget about it, move on and learn from it and that is exactly what we did.

We spent the next few months fully evaluating our business – what had worked, what went wrong, where did we fail to plan, who is our audience, what is our USP. We considered EVERYTHING that we had failed to consider first time round – in hindsight, the failure of this business was the best lesson in business that we could have ever had.

We still weren’t making an income, Robyn was paying her bills on a credit card, late on her mortgage and my husband and I made the decision to downsize our house to a smaller mortgage as we knew we wouldn’t survive on the money we were bringing in. Our partners were truly amazing during this time – yes we had the arguments about when the money was going to start coming in and what was the plan but at no time did they stop believing in us and they never asked us to quit.

We relaunched the business under a new name and with a new focus and this time, we had all our bases covered, firstly that we didn’t need any premises. It was an overhead that was a luxury and certainly not a necessity.

The Female Fitness Academy launched in 2014 offering a specialist approach to women’s health and fitness and there are two things that really make us proud when it comes to our business. The first is when we set up, we decided that we wanted our business to be able to give something back, especially to women.

We decided that each year we would select a charity that benefits women and take on a physical challenge to raise money for that charity. We set ourselves the challenge of raising £20k by 2020. In 2014, we got a team of clients together and we (totally self funded and self navigated) cycled from London Bridge to the Eiffel Tower. We raised over £5, 000 for a small maternal charity helping women in Africa who would potentially die during childbirth due to not having basic supplies.

In 2015, we took on the National 3 Peaks for PANDAS (post natal depression), Dragon Boat Racing (St Rocco’s), Pretty Muddy (Breast Cancer), 2016 we took on Race the Sun (Action Medical research), 2017 Race for Life (Breast Cancer Holistic Centre) and in 2018 we are planning to husky sled from Sweden to Norway. We are currently at £14,000 of our £20k target and this makes us immensely proud that we have been able to use our business to support charities helping women.

Secondly, our biggest achievement is surviving failure. In 2013 when our business essentially failed, we could have just given up right there. We could have walked away thinking “well we give it a go” and both quite easily walked into other employment always knowing that we had given it a go and it hadn’t worked.

However, we didn’t give up. At no point was this an option for either of us. We both had so much passion, belief in ourselves/each other and our children were our driving forces – we were doing it for them. We were doing it so we could give them a better life, so we could drop them at school, attend assemblies, meet them at the school gates at home time. The fact that from failure we can do all of those things AND give employment opportunities to local people (including my sister and Robyn’s mum) – well that is just everything.